Four of the Hottest Global Cuisines to Impact 2018 Menus 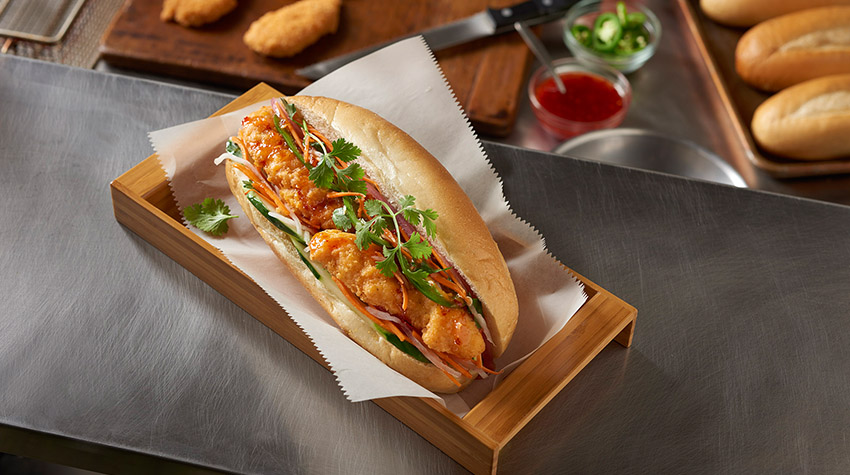 Global cuisine has certainly become popular in recent years. From the bold flavors of Africa to the street food–inspired cuisine that hit menus everywhere, authentic international fare has become a must-have among hungry consumers.

So what can we expect from the year ahead? Much of the trending ethnic fare from last year will continue to grow in popularity while several new foreign flavors are predicted to impact menus in 2018.

Here are four ethnic food trends you can expect to make a splash in the coming year.

Often overshadowed by other Asian cuisines, the foods of the Philippines may soon being taking center stage at more restaurants in the US. As American palates have become more sophisticated, the desire for bold, exotic flavors has been on the rise.1 Filipino cuisine is known for it’s spicy yet fragrantly acidic dishes. A few specialties include lumpia (Filipino spring roll), sisig (pork hash made with pork head and liver), longganisa (Filipino-style sausage), and kare-kare (Filipino stew in thick peanut sauce).2 Ingredients such as sambal and kaffir lime will also become more common while Filipino adobo and bagoong will start to pop up on menus.3

Many Middle Eastern foods like hummus and falafel have become mainstream in recent years, helping lay the foundation for a new wave of traditional flavors and ingredients to hit American menus.4 Middle Eastern cuisine is a broad terms for a variety of regional nuances and specialties.4 For example, classic Persian, Israeli, Moroccan, Syrian and mLebanese fare will influence menus, as traditional spices like harissa, cardamom and za’atar and dishes like shakshuka, grilled halloumi and lamb become more prominent.4 Other familiar yet trending Middle Eastern ingredients popping up include pomegranate, eggplant, cucumber, parsley, mint, tahini, tomato jam and dried fruits.4

Izakayas, otherwise known as Japanese gastropubs, are popping up in cities across the US. The casual eateries serve up a variety of smaller tasting dishes similar to Spanish tapas and are known for big, bold flavors.5 For example, miso sake yakitori glaze is a tangy, sweet and savory sauce, while furikake seasoning is a coarse mixture of seaweed, sesame, dried seafood, sugar and salt that adds a rich umami flavor to any recipe.5 Onigiri are stuffed rice balls filled with flavorful ingredients like ginger & plum vinegar- infused chicken and are served as a sweet and zesty snack.5

As more American’s adopt an on-the- go lifestyle, the demand for convenient, flavor- packed meals will continue to rise. Just look at the popularity of food trucks in the US. From dumplings to pupusas to kebobs,6 there will be no shortage of international- inspired street food to try. For example, Berlin’s popular street food, the döner kebab,7 is predicted to pop up on more menus while Indian cuisine will get a creative twist. Approachable new dishes that merge classic Indian flavors with popular American recipes like Tandoori chicken poutine, spicy lamb burritos and chicken masala pizza8 will appeal to Americans who may have been hesitant to try Indian cuisine in the past.